I’d always been told that making risotto is a bear. All that stirring, stirring, stirring. Blah, blah, blah. How do you know when it’s done??  But thanks to the wonderful folks at America’s Test Kitchen, I’ve found that it’s not that hard. Risotto actually is your friend.

I’ve written about this show before, but it is well worth repeating: America’s Test Kitchen is like no other cooking show. These talented cooks prepare recipes over and over and over, modifying them along the way in order to find the best way to make just about anything. If you like to cook (and learn) and you’ve not watched this show on public television – and its sister show, Cook’s Country – get on it! They also review products and cooking tools on each episode, which I find especially helpful. Host Chris Kimball is adorable, nerdy and fun, so that’s a plus, too.

Last year, I bought their MAMMOTH cookbook, which lists all of the recipes from the last ten years of the show, plus a shopping guide (e.g., what’s the best hot sauce, cheese grater, chef’s knife) and also a great conversion and equivalencies guide. I’ve made a bunch of things from the cookbook, the best so far have been the mushroom risotto, oven fried chicken and beef stew. Yummm.

I highly recommend becoming a member on the website. I’m a member of Cooks Illustrated online, which is part of the same group of cooking sites. You can try a free 14-day trial membership, then if you want to continue after two weeks, it’s about $30 for the year. This gives you access to their excellent recipes and videos.

Okay, so back to the fabulous mushroom risotto recipe. So good. I wanted to just eat it out of the dutch oven, but, alas, we got out the plates. I’ve also shared two other risotto recipes I’ve made over and over. 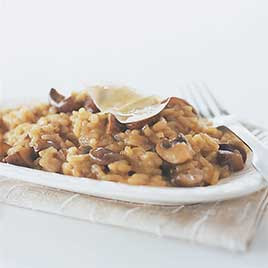 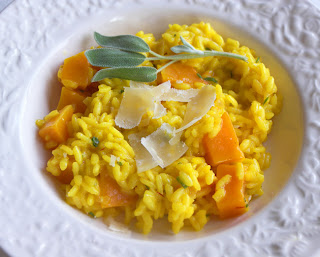 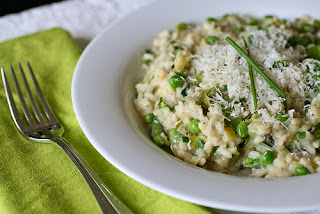 It’s getting cold out. Time for some comfort food!

Need a little more help?
Risotto tips from the kitchn
Risotto ‘how to’ video
Even MORE tips!