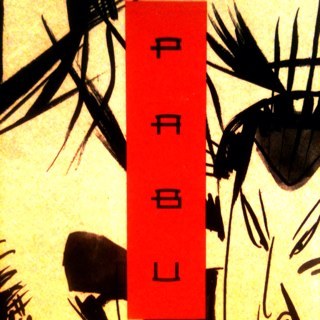 PABU: Fabulous Japanese food and an expansive sake selection in the Four Seasons Hotel – in the coolest neighborhood in B’more, Harbor East. Sure my ‘hood of Hampden is cool in its own quirky way, but Harbor East is actually like, schwank cool. It’s lovely…the land of the beautiful people (sorta like the luxury wing at Towson Town Center…Louis Vuitton…wow, seriously?), has gorgeous water views, fabulous shopping and some really great restaurants, including PABU. But, don’t be intimidated here, hon.
PABU is Izakaya style…which is kind of like a Japanese pub (PABU/pub, get it?) where the drinks and food are both important. And unlike many American Japanese restaurants, they offer much more than your typical sushi menu. The food is served small plates style and you’re meant to share and enjoy together – and absolutely take your time. At PABU, the menu is organized in the following sections: sushi and sashimi, cold small plates, hot small plates, Robatayaki (mainly, meats on skewers) and rice, noodles and soups. We had a few small plates from each section, as well as some sake, cocktails and also dessert by the fabulous Chris Ford of Wit & Wisdom. By the end, we were happy, filled to the brim and already plotting our next visit.
What I’ve heard around town about PABU (and Wit & Wisdom for that matter) is that it’s on the high end price wise. Yes, it’s certainly not a place I’d go all the time but I can see myself choosing it for a special occasion or even just meeting a friend at the bar to enjoy snacks along with a glass or two of sake. The “Happy Spoon” for example – oyster, uni, ikura, creme fraiche served in a big spoon – is worth a return visit alone. It’s my favorite bite in Baltimore (try it and it will be yours, too.)
I am way into the vibe of a place. To me, it’s right up there with service and food & drink. How you feel when you walk in is big. We were greeted warmly and attended to quite nicely…the perfect balance of checking in and leaving us alone. I felt like I was in good hands. And…we were. Our server Ryan was the best. Helpful, fun, warm and clearly trained well and enjoyed his job.
The music was eclectic to say the least. It struck me as odd at first…Moby, Fleetwood Mac and an Amy Winehouse cover…followed by The Doors, Beck, Blondie and The Clash. That may sound like a weird mix, but once I got used to its randomness, it just worked.
One thing I was so happy to learn was that Chef Jonah Kim works with KCC Natural Farms in Forest Hill, Maryland. Recently, he took the staff on a field trip up to see the farm and learn more about the food they’re serving. And while this is not out of the ordinary in today’s food world, it’s nice that they’re making thoughtful choices and supporting local food producers. Baltimore’s favorite farm-to-table advocate Spike Gjerde would be so happy with that. Besides the fact that he is passionate about local, sustainable food, he is also a hugely talented chef. Each plate was more beautiful and delicious that the last.
Now, let’s talk sake. Much like wine regions, there are sake regions and I learned very quickly that sakes can taste extremely different from one another. I still have so much to learn, but on this visit  they brought us very small tastes of four sakes and instructed us to take two sips each time we tasted it. Something to do with the first sip getting your tongue used to it and then the second sip… you really taste and enjoy it. I’m not sure if I got that explanation right, but the end result was true. My favorite by far was Narutotai Junmai Ginjo Nama Genshu. It’s described as having a rich earthy nose and being leafy with earth and mulch. And, while I’m pretty adventurous with food and drink, if I saw that on a menu, it might not be the first thing I order. But it was amazing. 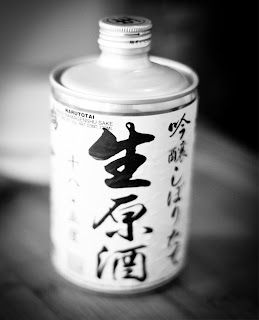 If you’re interested in learning about sake you’re in luck. The folks at PABU have launched a new series of Saturday classes dedicated to sake. Led by PABU’s (insanely smart and talented) sake sommelier, Tiffany Soto, each Sake 101 class is an interactive tasting of five sakes that will explore various flavor profiles and illustrate the diversity within the genre. You’ll learn about sake’s history and brewing process, the meanings behind different grade designations and how production regions affect taste. They’ll also delve into the benefits of drinking sake (including its low calorie count) and tips for navigating a sake menus.
They are also offering a special four-course sake dinner the Tuesday following each class.  The menu, artfully constructed by Chef Kim, will change monthly and feature signatures dishes from the restaurant along with a special sake pairing for each course.
In addition to the sake, my friend and I each also had a cocktail. She went for the Super X – lillet blanc, sake, yuzu and housemade falernum. Falernum is a flavored syrup often made with cloves and/or ginger, almond and lime. I’m not sure what they put in their falernum at PABU, but that drink…wow, it was delicious and perfectly tart. Also, PABU donates $1.00 to tsunami relief for each Super X sold.
For my cocktail choice, I was sold when I saw the word Bulleit. The drink was the American Mammoth Jack – Bulleit bourbon, peach shrub, ginger beer and local honey. Perfect. Loved it and wanted another one…but it was a school night and really wanted to have more sake. They also had several whiskey cocktails, as well as other spirits. And…the cocktail list changes seasonally and of course, they also offer beer and wine. Those menus were not as extensive, but then at a place like PABU, it’s kind of all about the sake really.
Some of my favorite things… 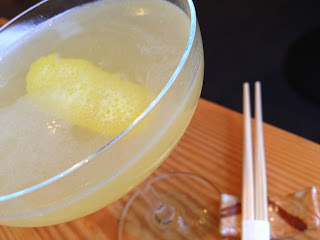 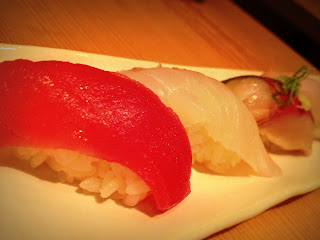 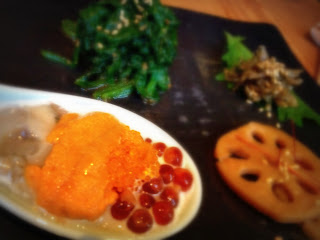 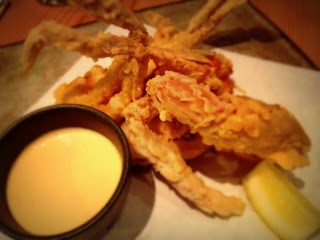 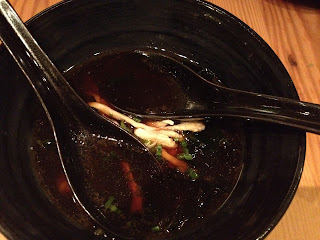 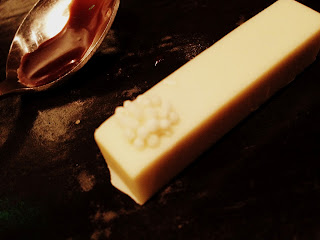 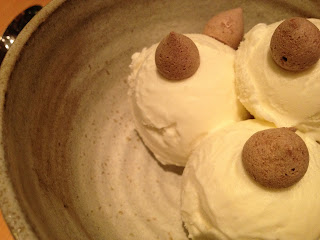 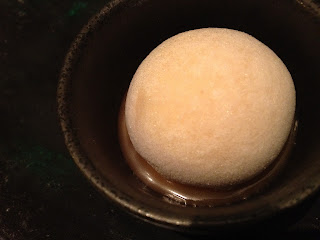 Miso caramel ice cream with white soy caramel
One thing I’d like to try next time? Sushi rolls. They looked amazing as the servers walked past the table, but it was also really fun to try things I’d never had before…like sake-cured chicken heart (according to the menu, the best part of the chicken.) Please, please don’t tell my backyard hens that I ate that. But geeeez, it was good.
If you’re considering a visit to PABU (and you really should), try the tasting menu which is six small plate courses for $44.88 per person, plus $24.88 per person when you add a beverage pairing. The tasting menu the night we went offered some of things I liked best including the happy spoon, ‘chicken noodle’ soup and the omakase dessert tasting.
So, the next time you’re thinking of places to have dinner, consider PABU instead of your usual spots. I certainly will!
Category: Baltimore, RestaurantsTag: chef, cocktails, local, restaurants