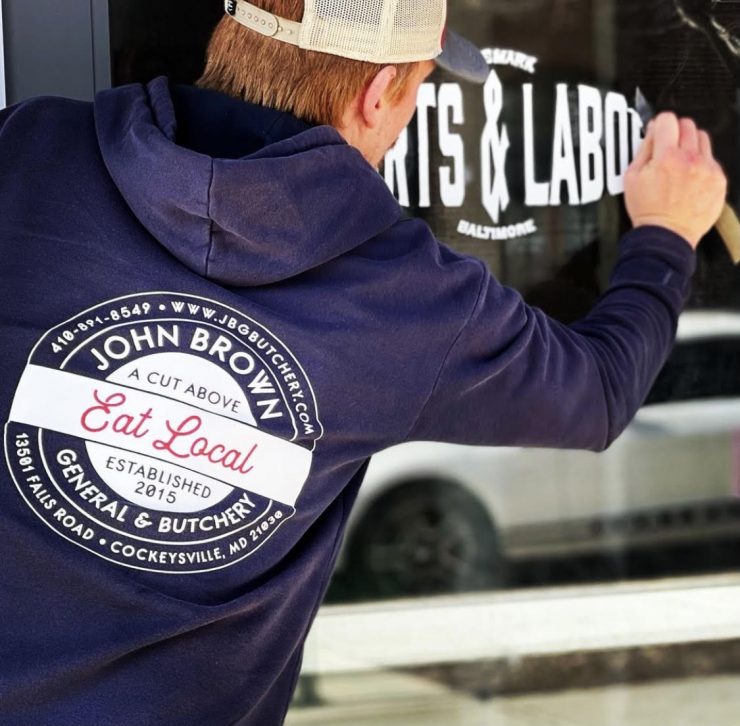 John Brown’s General and Butchery Opening a Restaurant in Remington

Robert Voss is a Monkton born and bred guy. I had never met him before yesterday, as he tends to be more comfortable behind the scenes. In December of 2015, he opened John Brown General and Butchery in the former home of the much beloved John Brown Store at the corner of Falls and Shawan Roads in Cockeysville, MD. Before opening JBGB, Robert had been working in restaurants in NYC. He came home after his uncle passed away, then very sadly, his grandmother died two weeks later. He decided to stay.

After culinary school, Robert was a cook in kitchens in NYC. We talked about the rush of service and that euphoria that comes with being on the line. Some of my friends who are chefs have described that rush of being on the line, tickets deep, totally in the weeds and how wild it feels. Definitely a high. Robert spent most of his time in the kitchens of Marlow & Sons and Diner, both in Brooklyn. Both have very collaborative work environments. He also worked at Daniel and Blue Hill, so he’s got the understanding and appreciation for many styles of cooking. And, styles of working for that matter. He believes you should “know what you do and do it well.” My dad would have agreed with you, Robert.

Yesterday morning, as we sat in the back of JBGB with his adorable young son Lachlan running around, we talked bit about his plans and hopes for the new — yet untitled — new restaurant in Remington. We were joined by his exec chef Tyler Johnson, whom thanks to Smalltimore, I had met years before via his work in other restaurants. We talked about some of their ideas for restaurant names and it sounds like they have some solid contenders. (I’m not sharing.) Whatever they call it, Robert and Tyler both agree, they want it to be a community restaurant. A place you might go twice a week — once for a quick cheeseburger, another for something a little more refined. They do plan to change the menu a lot, something that Robert embraced during his time at Marlow & Sons. Switching things up and keeping the menu fresh is important to both Robert and Tyler.

Right now, they’re making some aesthetic changes to the interior and exterior of the building, lining up some of their management team and thinking about the thousands of details that are part of a big project like this. For now, they did let me know (with a definite “wait, are we talking about this?” exchange between chef and owner) that they are putting in a pizza oven. I’m pretty sure I cheered when they said pizza. They’re imagining a sort of NY Style/Neapolitan combo. TBD. But like everything they are planning to do, things will ebb and flow. Robert added, “I want to let things evolve naturally. Everything falls into place.” I love that feeling of fluidity and their openness to it.

One thing I loved that Tyler talked about was making sure the two locations feel connected to each other. They will have folks train and work at both. “I want our cooks to be nimble and comfortable and learn in both places,” Tyler explained. He continued after we went on a tangent, “Growing chefs is so important. You want to teach them and have them eventually move on. Learn from each other. You want your staff to have goals of their own, too. I feel like a big part of my job is to help you get there. I always ask, What is your long-term goal? And then I want to help you and be happy when you finally move on.” Something that Robert learned over the years adds to that. “It takes grace to allow someone to come in and add their voice and stamp to the work. You have to be willing to do that.”

As for sourcing, they do work with a lot of local area farmers like Oak Spring Farm, One Straw Farm, Whistle Pig Hollow and Locust Point Cattle to name a few. But they also work with others out of state in order to source the very best. Robert said, “I think a chef like Cindy Wolf agrees on this: If you have access to the best ingredients, it is your responsibility to use them.” So, no the restaurant will not be hyper-local like the one there before. “We will have lemons, yes.” I had to chuckle. And, I think Robert could be my friend for life after we bonded over the sadness of an out-of-season tomato. The worst! Then as we walked around the back of the shop watching Lachlan tool around with his mom and the sun beginning to come out, he said he preferred simple burgers cooked on a griddle with a bun and very few toppings. At that very moment, I knew I liked the guy.

As for the drinks side of things, they’re still figuring that out. The bar will stay in tact, and I think a lot of people will be happy to hear that. They do plan to keep 10 taps and focus on local beers for sure. (I had to put in my plug for offering small or half pours.) Wine, cocktails, etc…that’s all being considered now — but I think we are all in good hands with these folks.

Also, there will definitely be a butcher shop! They will continue whole animal butchery at both locations and the offerings in each shop’s meat cases will vary some.

When I asked what they are most looking forward to? Robert: “Seeing people in the dining room, happy. That’s visceral. The hum of a restaurant is like nothing else.” And we ended with them both saying they just want to have fun and make something different. I second that, fellas.

They are hoping for a summer opening. Me, too. 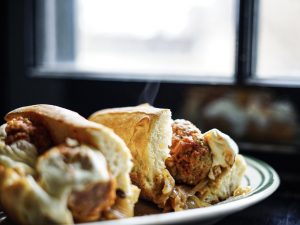 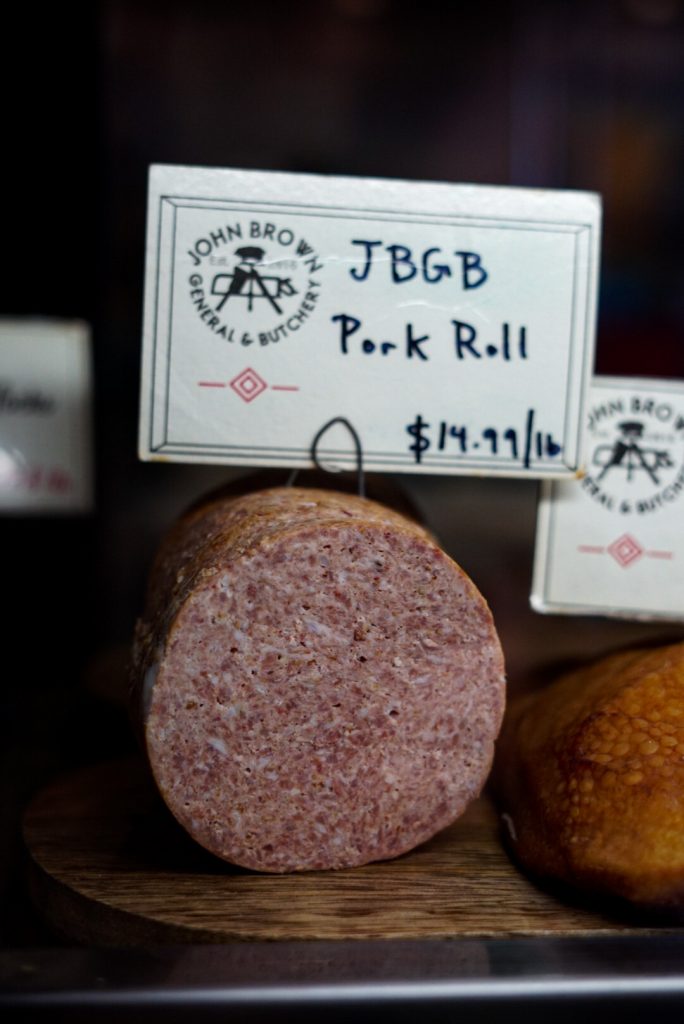 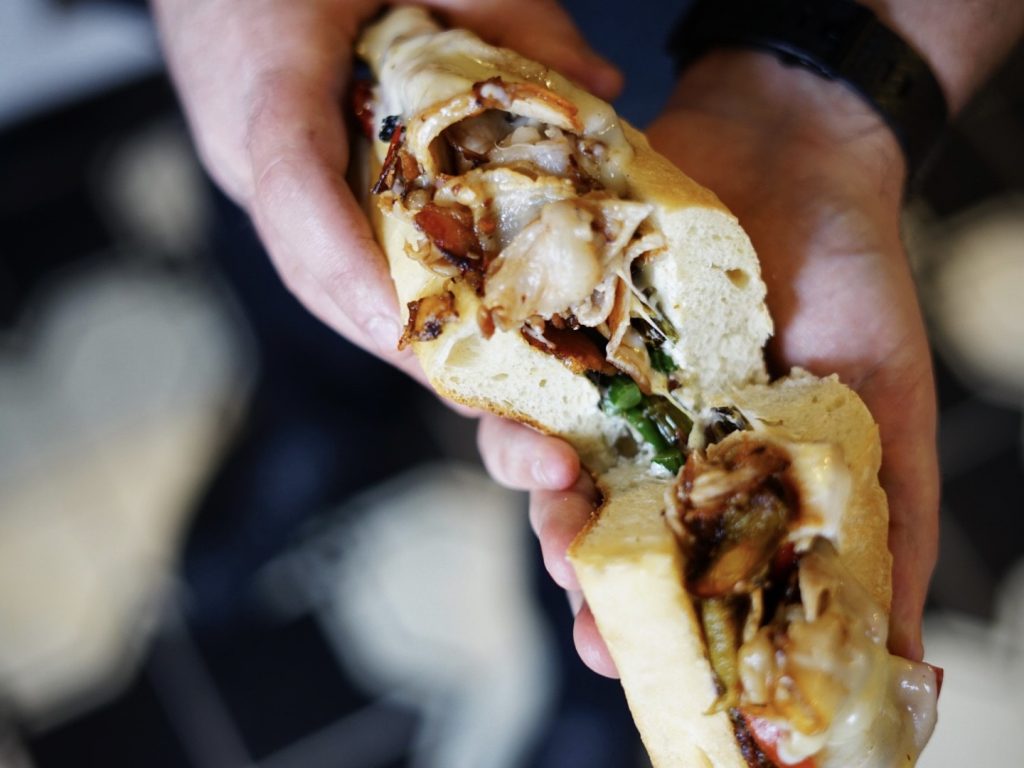 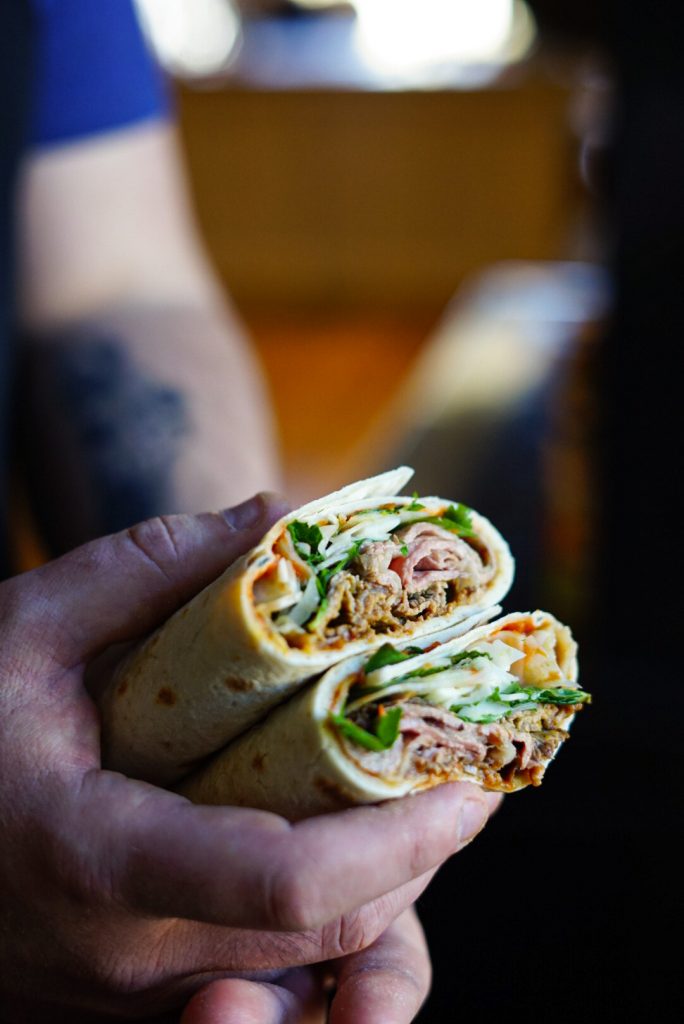 All photos by Colin Marshall