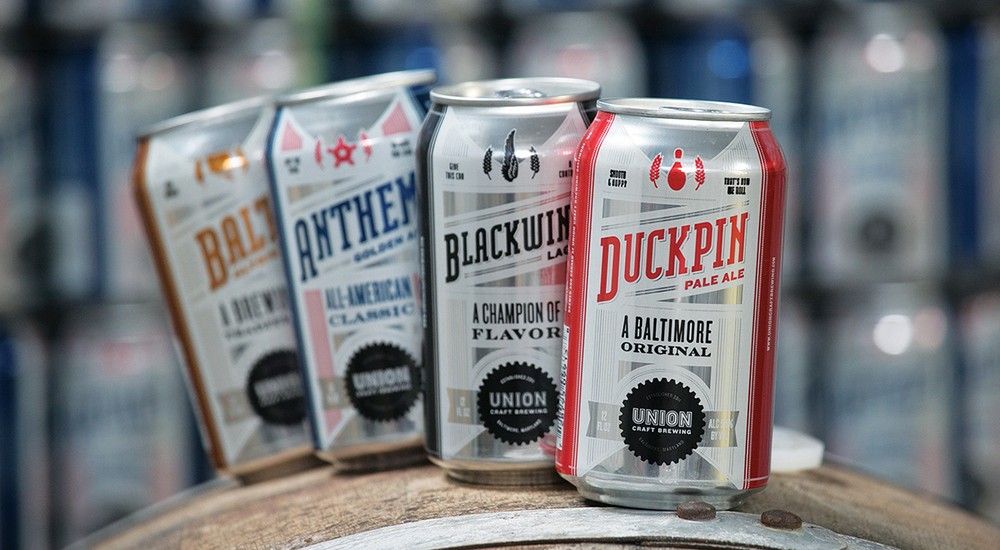 The folks at Union Craft Brewing – one of Baltimore’s most creative, talented, forward thinking and collaborative brands – has grown out of their space. After looking all over the city, they landed Hampden’s Hedwin Building, just around the corner from their current space. Staying in the city limits was very important to them. When co-founder Jon Zerivitz told me where they’d finally landed on as a new location, my reaction was, “HEY, you can still have parking lot parties!”

These folks have changed the beer game in Baltimore completely. Since they began brewing on Union Avenue in Hampden, tons of craft breweries have started in Baltimore City. The growth of beer, of Hampden and the local creative community have all played a part in Union’s decision to create a new space, not just a new brewery. They’re creating UNION Collective, which will be part-production space, part-hangout. I can’t divulge who’d joining them just yet…that’ll come from Union over the next few months.

Jon said, “When we began this journey five years ago, we set out to do two things: brew world-class beer and foster community wherever we go. I’m proud of what we’ve accomplished, but our little brewery on Union Avenue has reached capacity, both on the beer front and as a gathering place. This neighborhood is our home, and I’m thrilled to say that we will be here for a long time to come. Our new space provides us the opportunity to develop a bigger and better Baltimore brewery. It will be a true destination experience for local beer lovers as well as those visiting our city from outside of Maryland.”

The new site will allow for an initial production capacity of 30,000 barrels, expandable to over 70,000 barrels, if needed. Union’s founders expect to create over 100 new jobs in the next seven to ten years.

“The expansion will have an immense impact on the quality of our beer,” said Kevin Blodger, Union Co-Founder & Head Brewer. “Moving from our current 20-barrel brewhouse to a new 60-barrel system, and expanding our quality control lab within the new facility means we will be able to consistently produce high-quality beer in a more efficient manner.”

As I mentioned, Union’s brewing facility will be the anchor tenant of a new commercial project, UNION Collective, which will transform 10.5 acres and 138,000 square feet of warehouse space into an interactive and collaborative assembly of several of Baltimore’s growing independent businesses.

Local makers, non-profits, and other businesses will produce and sell their products on site, share resources, collaborate, and connect with Union’s ever-growing community of locally minded consumers. The project is being developed in partnership with Seawall Development. Construction on the development begins July 1. Tenants are expected to move in by late fall of this year, and the brewery will follow in the spring.

“We scoured Baltimore City searching for the perfect spot to relocate our brewery. (See video) and through that process, we connected with other like-minded Baltimore-based business owners who were also outgrowing their current locations. When the opportunity arose to create a new space that could offer each of us room to grow in a functional and collaborative way it became apparent how meaningful this project could be—to us, our city, and the broader region. We’re creating UNION Collective to bring businesses, jobs, visitors, and exposure to the neighborhood and city that has been so supportive of us. We believe this manufacturing and retail business complex will help Baltimore’s growing manufacturing industry prosper,” said Adam Benesch, UNION’s Co-founder and Director of Operations.

To say this is a game changer, definitely an understatement.
More to come.
For now, drink more Union beer. David & Laura Alima of The Charmery on Hampden’s charm, collaboration and more
Next Post:Chef Carlos Raba on Good Energy, Mexican Spaghetti and the Road to Clavel