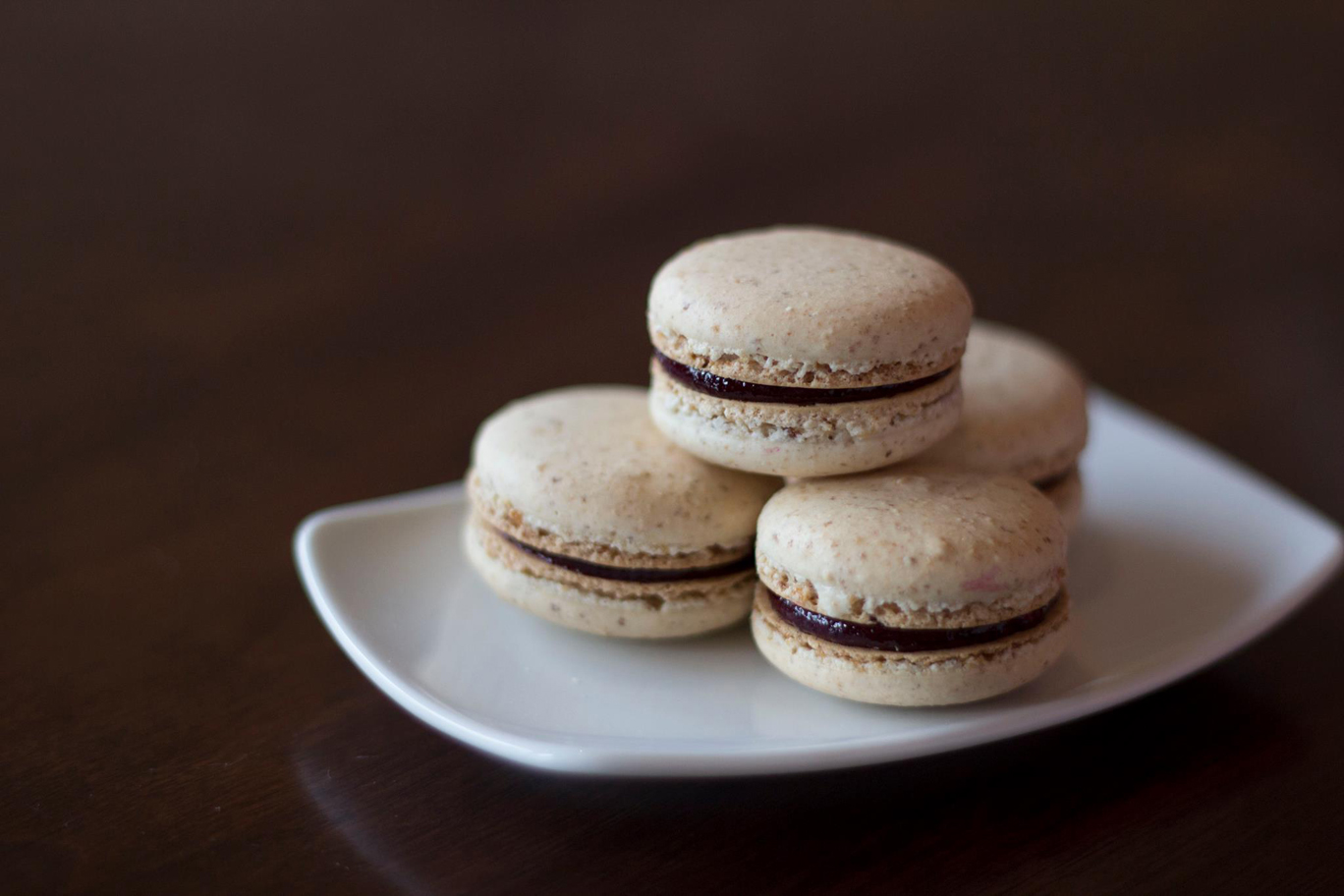 This Friday is National Macaroon Day (May 31, 2013). To honor the day, Food & Wine’s “People’s Best New Pastry Chef of 2012” and the Executive Pastry Chef of the Four Seasons Hotel in Baltimore, Chris Ford is setting out to set the record straight and clarify the differences between the often confused confections: The macaroon and the French macaron.

While both are meringue-based confections, they hardly share any other similarities. A Macaroon is Italian in origin, usually made of egg whites whipped to stuff peaks, sugar, almonds, coconut or nuts, and often dipped in chocolate. It’s much looser and does not take as much discipline to make. The French Macaron on the other hand, is a much more intricate art, and is a dessert that takes time and practice to perfect. A sandwich-like meringue-based confection, the French Macaron is filled with a layer of buttercream, jam or ganache. It is often available in a variety of color and flavor combinations. My favorite ever is Chris’ PBJ macarons. To me, they are perfection. After hearing about how hard macarons were to make, Chris Ford saw it as a challenge to begin not only making macarons, but perfecting them over the span of seven years. Today, Chris is held in high regard for pushing the envelope with his whimsical twists on classic French macarons like his Oreo macaron served at LAMILL Café Baltimore featured in The Wall Street Journal.

In honor of Macaroon Day, Chris will be offering a Coconut Macaroon-inspired French Macaron at LAMILL Café Baltimore.

And here is Chris Ford’s recipe for macarons:

1. Sift together the almond flour and powdered sugar into a large bowl.
2. Add half the egg whites to the bowl but do not stir.
3. Mix sugar with just enough water to moisten in a pot and boil until sugar reaches 250°F.
4. While sugar is cooking, whisk egg whites using medium speed until foamy. Increase whipping to maximum speed and pour hot sugar into whipping egg whites and mix for about 2 minutes or until fluffy with soft peaks forming.
5. Allow meringue to cool, the fold in the almond flour/egg white mixture until shiny and lava like.
6. Spoon the batter into a piping bag fitted with a plain nozzle (If you do not have a piping bag cut the bottom corner of a gallon Ziploc bag) and pipe quarter size rounds onto a greased baking sheet or one lined with parchment.
7. Rap the baking sheets a few times on the counter to remove potential air bubbles.  Let dry for about 30 minutes until a skin forms.  When you touch the macaron it should no longer be sticky.
7. Preheat oven to 325F.  Bake for 10 – 12 minutes, until set but not browned.
8. Take out of the oven and slide the shells onto a work surface to cool.

1. In a medium pot bring cream to a boil. Meanwhile, in a double boiler heat the chocolate until it is completely melted. Slowly whisk the hot cream into the chocolate to create a perfect emulsion.
2. Next whisk in the butter until very well incorporated.  Allow to sit at room temperature overnight to fully set.
3. Transfer ganache to a piping bag or gallon Ziploc and fill macaroons with a dime size portion of ganache.
4. Sandwich together and let set overnight or for at least 12 hours for the macarons to fully come together as one piece. It’s five o’clock somewhere
Next Post:My favorite restaurant. There, I said it.